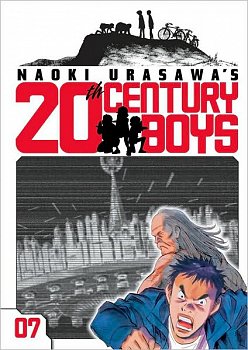 Out in the middle of Tokyo Bay, a man called Shogun is trying to break out of Umihotaru Prison, a maximum-security island fortress, so he can save the world. Accompanied by a frightened young manga artist, these two men are prepared to risk everything as their daring escape plan grows deadlier by the minute. However, the prison authorities will do whatever it takes to return Shogun and his reluctant companion to custody.

Shogun's ultimate goal: Tokyo, where a girl he calls the "final hope" lives, but a murder in Kabuki-cho has triggered a chain reaction of terror. Can Shogun reveal the truth about the false peace created by the Friends? And what are the facts behind the disaster that took place in the final moments of the 20th century?!