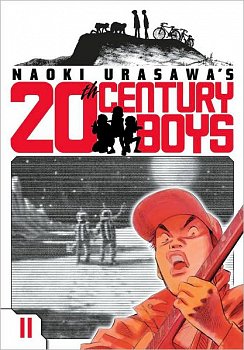 Is the Friend really Kanna's father?! Will she still be able to stand up and fight, despite this anguishing news? Meanwhile, Koizumi Kyoko and Sadakiyo have gotten away from the Dream Navigators by the skin of their teeth, but as Yoshitsune once warned, these people will chase you to the ends of the earth… With Kanna in shock over the truth of her paternity, will she have the strength to go and rescue Koizumi?

Also, back in the summer of 2002, Mon-chan succeeded in tracking down Sadakiyo and got him to commit to paper the truth about the Friend's identity and his actions. But to prove his loyalty to his trusted Friend, Sadakiyo took measures to ensure that the "Mon-chan Memo" stayed hidden. What exactly was "the Lie of 1970" and how far will the Dream Navigators go to prevent it from being revealed?