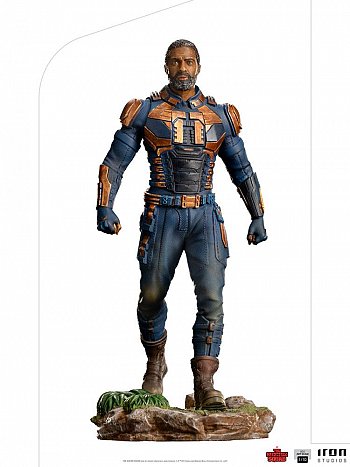 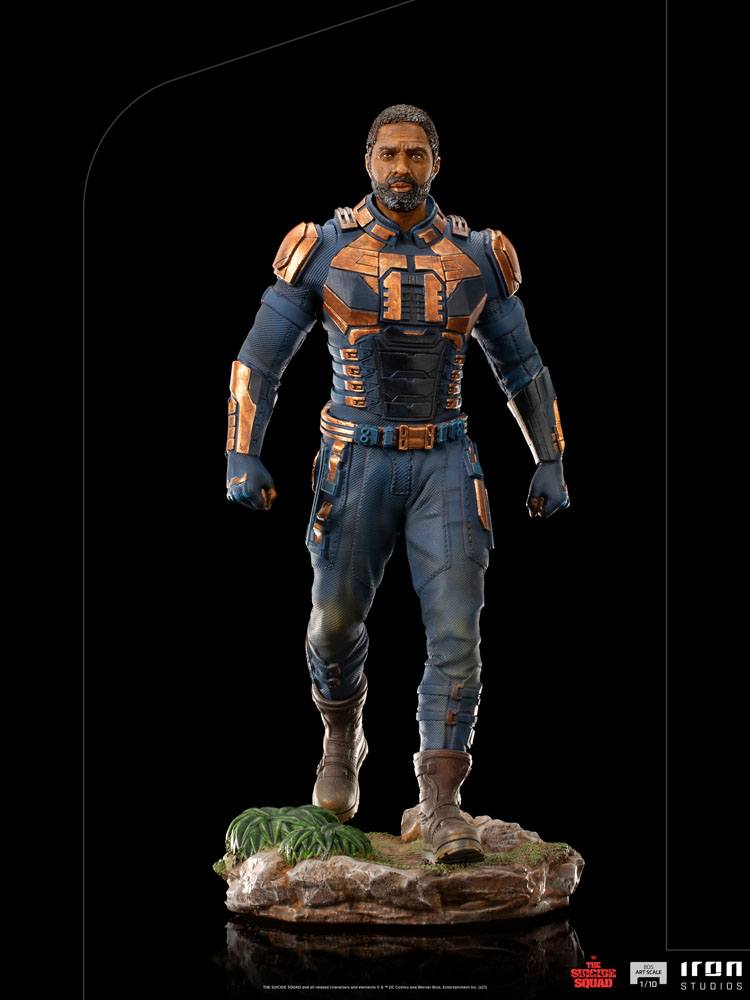 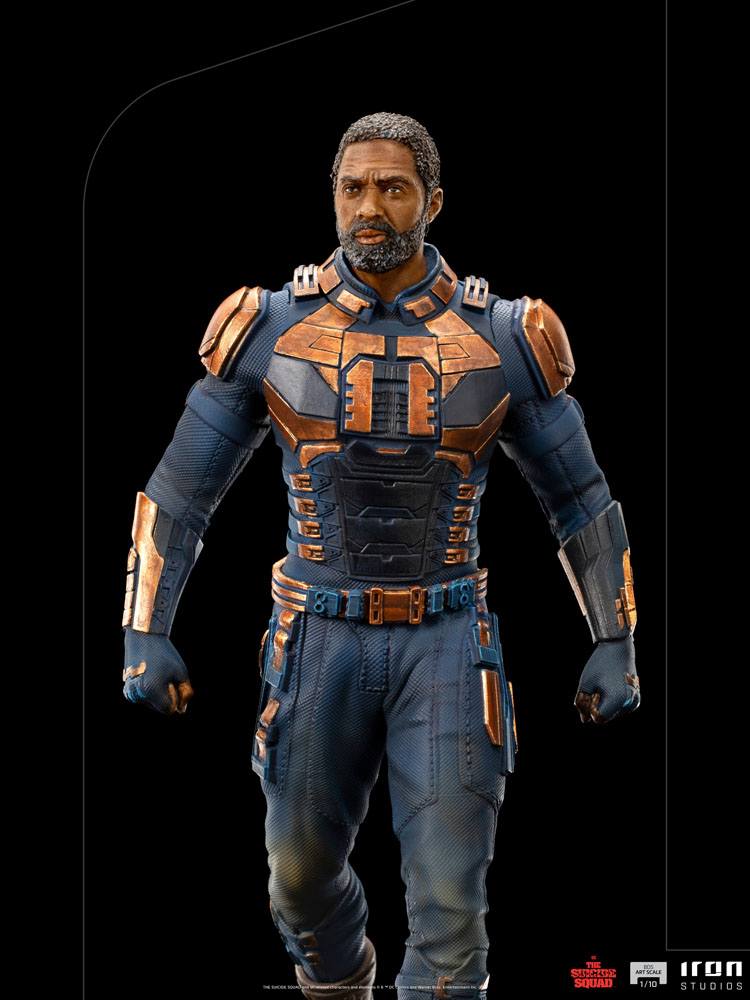 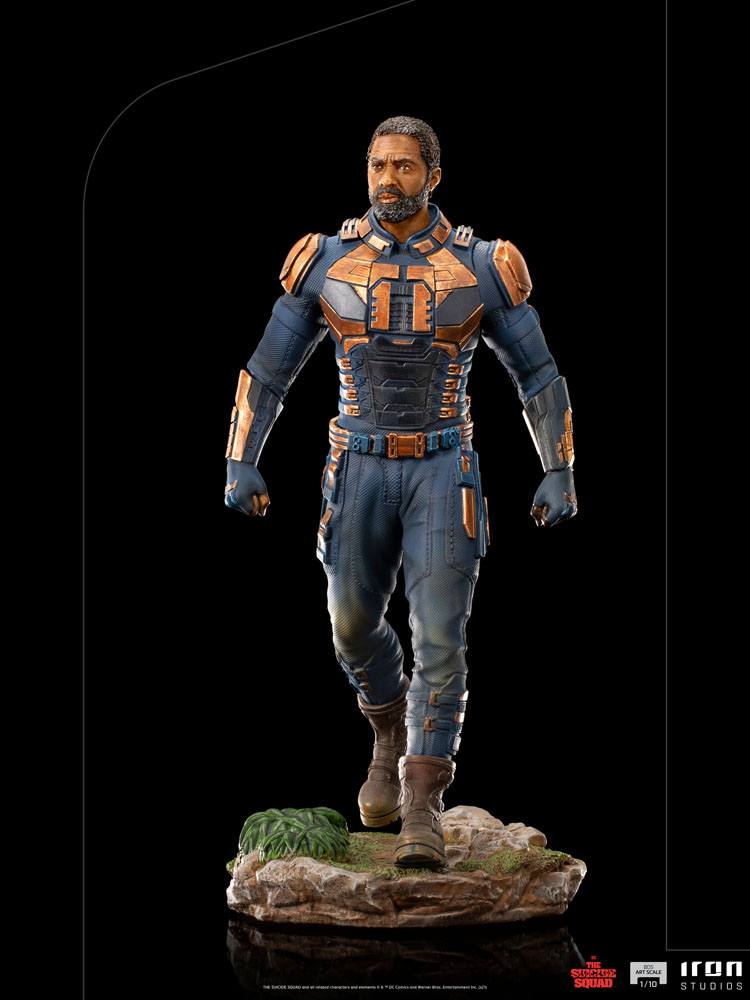 Livrare estimata pentru 08 Oct - 18 Oct
Adauga in cos
Adauga in Wishlist
Descriere: With a mission to destroy a laboratory and a prison that holds political prisoners and secret experiments, he finds himself atop a base that resembles the forest terrain of Corto Maltese. He infiltrates himself as the involuntary leader of the Task Force group's second strike team, better known as The Suicide Squad. Wearing a tactical suit specially designed to protect him, which hides his mountable arsenal, with various utility tools, when necessary, he can still wear a folding helmet, inspired by a xenomorph alien, which intimidates his opponents and hides his identity. Part of the collection of statues derived from the movie The Suicide Squad, Iron Studios presents the deadly "Bloodsport - The Suicide Squad - BDS Art Scale 1/10", a highly intelligent mercenary with skills in strategy and leadership that turns any object into a deadly weapon.

The statue, which contains an extra head with a helmet and a pair of extra arms with weapons, is added to the diorama line that will also feature other members of the group, such as Ratcatcher II, Harley Quinn, King Shark, Peacemaker, and Polka-Dot Man.