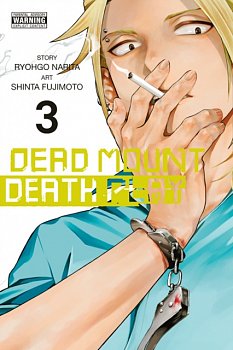 The family of Polka Shinoyama can't help noticing he's not quite himself, but discovering the young heir has been taken over by a necromancer from another world...?! Rozan Shinoyama isn't sure what to make of his son's transformation, but there's no denying this usurper is responsible for saving his twin grandchildren. The fire that would have claimed their lives has also caught the attention of the Phantom Solitaire, one of the police's slipperiest troublemakers. Known for his clever tricks, Solitaire craves a taste of real magic, which puts him hot on the trail of one unsuspecting Corpse God!