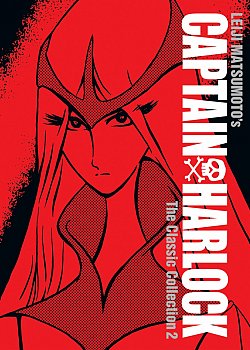 While Earth stands on the brink of an alien invasion, Captain Harlock and the crew of the pirate spaceship Arcadia continue their journey to find out more about the mystery Mazon. After a fierce battle, the crew discovers that the Mazon have already enslaved other planets and are using the conquered people as cannon fodder. Though he has no love left for Earth, Harlock and his crew may be humanity’s only salvation!