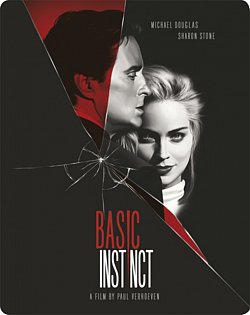 Livrare estimata pentru 28 Aug - 07 Sep
Adauga in cos
Adauga in Wishlist
Descriere: Acest film nu are subtitrare in limba romana.
Michael Douglas and Sharon Stone star in this 1990s thriller directed by Paul Verhoeven. When detective Nick Curran (Douglas) is assigned to investigate the case of a rock star murdered with an ice pick, he can't help but notice the similarity between the death and a scene in the latest book by the singer's novelist girlfriend, Catherine Tramell (Stone). She insists that she is being framed, but as Nick slips into a torrid affair with her, she begins to look increasingly guilty.
Din aceeasi serie:
Assault Blu-Ray Assault On Precinct 13 Blu-Ray Bad Times At The El Royale 4K Ultra HD Bad Times At The El Royale Blu-Ray Bait 2014 Blu-ray Bedlam DVD Before The Devil Knows You're Dead DVD Before The Devil Knows You’re Dead Blu-Ray Behind Closed Doors DVD Below the Belt: Brawl at Donnybrook 2018 DVD