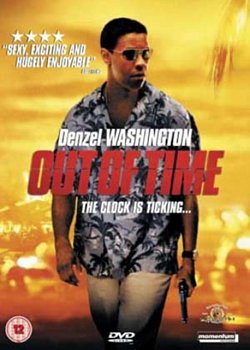 Livrare estimata pentru 01 Sep - 11 Sep
Adauga in cos
Adauga in Wishlist
Descriere: Acest film nu are subtitrare in limba romana.
Thriller starring Denzel Washington as Matt Lee Whitlock, the respected Chief of Police in a small town outside Miami, Florida. Since his recent divorce from his wife Alex (Eva Mendes), he has begun drinking on the job and is having an affair with Ann Merai (Sanaa Lathan), a local woman suffering from terminal cancer who is trapped in an abusive marriage. To reward Matt for his love, Ann Merai has made her life insurance over to him rather than her violent husband. But when Ann Merai and her husband, Chris (Dean Cain) are killed in an apparent arson attack on their home, Matt finds himself to be the prime suspect. Will he be able to solve this vicious double homicide when all the evidence points to him?
Din aceeasi serie:
Our Kind Of Traitor DVD Out of Death 2021 DVD Out Of Season DVD Out Of Sight Blu-Ray Out Of The Furnace DVD Outlaw Blu-Ray Pain & Gain Blu-Ray Pain & Gain DVD Panic in the Streets Blu-Ray + DVD Paparazzi DVD