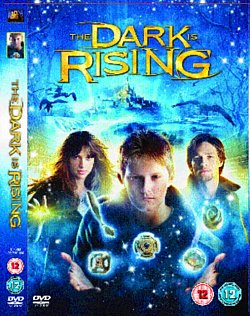 The Dark Is Rising DVD

Livrare estimata pentru 09 Jul - 19 Jul
Adauga in cos
Adauga in Wishlist
Descriere: Acest film nu are subtitrare in limba romana.
Adventure film based on 'The Dark Is Rising' sequence of novels by Susan Cooper. The film tells the story of Will Stanton (Alexander Ludwig), a boy whose everyday life is turned upside down when he learns that he is the last of 'The Old Ones', a group of immortal warriors who have dedicated their lives to fighting the forces of 'The Dark'. Travelling back and forth through time, Will discovers a series of mysterious clues, some dating back to the founding of Britain and others going all the way back to biblical times, which lead him into a showdown with forces of unimaginable power. With The Dark once again rising, the future of the world rests in Will's hands.
Din aceeasi serie:
The Curse Of The Werewolf Blu-Ray The Dark Crystal 1982 Blu-ray / Deluxe Edition The Dark Crystal 1982 DVD / Collector's Edition The Dark Crystal Blu-Ray 1982 The Dark Crystal DVD 1982 New Edition The Dark Kingdom DVD The Dark Knight 2008 Blu-ray / 4K Ultra HD + Blu-ray (Boxset) The Dark Knight Rises 2012 Blu-ray The Dark Knight Rises 2012 Blu-ray / 4K Ultra HD + Blu-ray (Boxset) The Dark Knight Trilogy 2012 DVD / Box Set (Limited Edition)