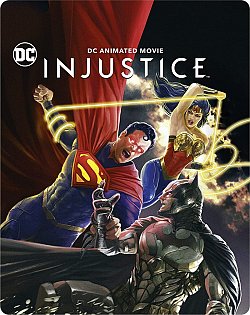 When his world is shattered by tragic events set in motion by the diabolical Joker, Superman becomes hell-bent on enforcing peace... at any cost. The Man of Steel begins a reign of tyranny that can only be stopped by one hero: Batman. The splintered Justice League divides its ranks as the two former allies wage a deadly battle for freedom.