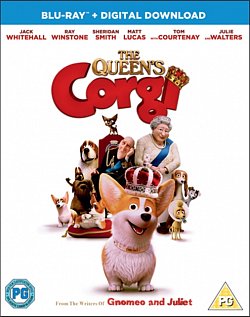 Livrare estimata pentru 24 Dec - 03 Jan
Adauga in cos
Adauga in Wishlist
Descriere: Acest film nu are subtitrare in limba romana.
Children's animated feature following the adventures of Rex (voice of Jack Whitehall), the Queen (Julie Walters)'s corgi. Rex lives a life of luxury in Buckingham Palace as the Queen's favourite pet. But when President Trump (Jon Culshaw) comes to visit, Rex accidentally upsets his owner and is tricked into leaving the palace grounds in search of a new home. After finding himself in an animal shelter, Rex unites the other stray canines against former fighting dog Tyson (Ray Winstone) and attempts to make his way back home. But will he be able to reclaim his place as the Queen's favourite corgi?
Din aceeasi serie:
The Prince Of Egypt DVD 1998 The Princess And The Frog Blu-Ray The Princess And The Frog DVD The Princess Twins Of Legendale DVD The Queen's Corgi 2019 DVD The Reef DVD The Rescuers / The Rescuers Down Under Blu-Ray The Rescuers Blu-Ray The Rescuers Down Under DVD The Rescuers DVD