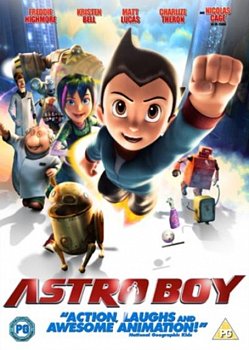 CGI-animated sci-fi adventure based on the manga series by Osamu Tezuka. Set in the futuristic floating Metro City, the film tells the story of Astro Boy (voiced by Freddie Highmore), a robot child with superpowers, who is secretly created by maverick scientist Dr Tenma (Nicolas Cage) as a replacement for his son Toby after he accidentally vapourises him during an ambitious experiment that goes drastically wrong. Unable to fulfil the expectations of his bereft 'father', Astro Boy runs away, sparking a series of adventures involving military drones, robot gladiators, aliens and a final showdown with 'The Peacekeeper', the robot that killed Toby.