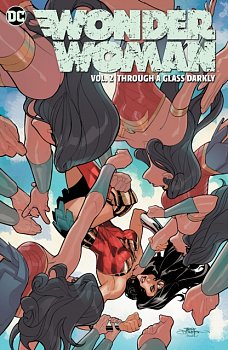 After the events of Dark Nights: Metal Diana has returned from the Sphere of the Gods. Where she should be feeling joyful, Diana can't help feeling lost and purposeless. Has the world moved on without Wonder Woman in her absence? As Diana travels to visit an old friend, she's faced with quite literal dark reflections of herself being puppeteer by her old nemesis, the Image-Maker.

Meanwhile a prophecy of doom has come to the world of the Amazons. Will Diana be able to stop Image-Maker's rampage and sever her ties to the Sphere of the Gods. This volume collects Wonder Woman #780-784; Wonder Woman 2021 Annual #1; Wonder Woman 80th Anniversary 100-Page Super Spectacular #1.