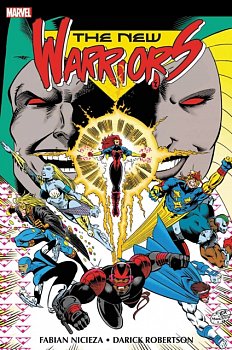 All they want to do is change the world! But to do so, the New Warriors will have to grow up fast! In a brutal Middle Eastern conflict, can the team stay true to their ideals? As shadows engulf New York, the Warriors face the darkness within! And when their families are targeted, will the heroes reach their breaking point? Night Thrasher takes control of his future, Nova gets a major upgrade, Namorita is transformed and Marvel Boy begins his journey to justice! But who is (or are?) Turbo? And when the Sphinx scatters the Warriors through time, who will rise to take their place?