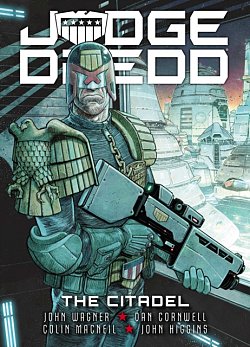 The Apocalypse War rages and Judge Dredd leads a squad of Cadet Judges into battle, launching an assault upon The Citadel, where Sov forces have set up base. But now, 40 years later, former Cadet Judge Winterton, on the day of his execution, will tell the truth about what happened during the Apocalypse War, why the mission was subsequently covered up, and the secret that Judge Dredd himself has been hiding for the past 40 years.