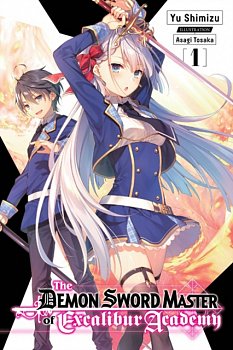 Battles for ancient kingdoms are nothing compared to the battles of a classroom!
Awakening from magical stasis after a thousand years, the Dark Lord Leonis suddenly finds himself in the body of a ten-year-old boy! He quickly meets Riselia, a girl confronting the Voids, creatures that have nearly exterminated humanity. Determined to uncover the mysteries of this strange new era, Leonis enrolls in Excalibur Academy, a school that trains students to fight back against these enigmatic monsters. Could the Voids hold some connection to Leonis's past?