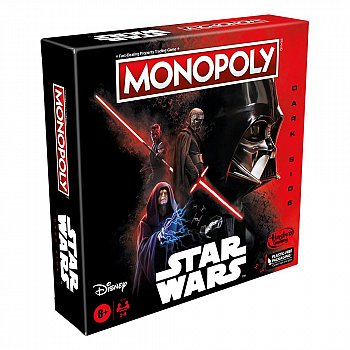 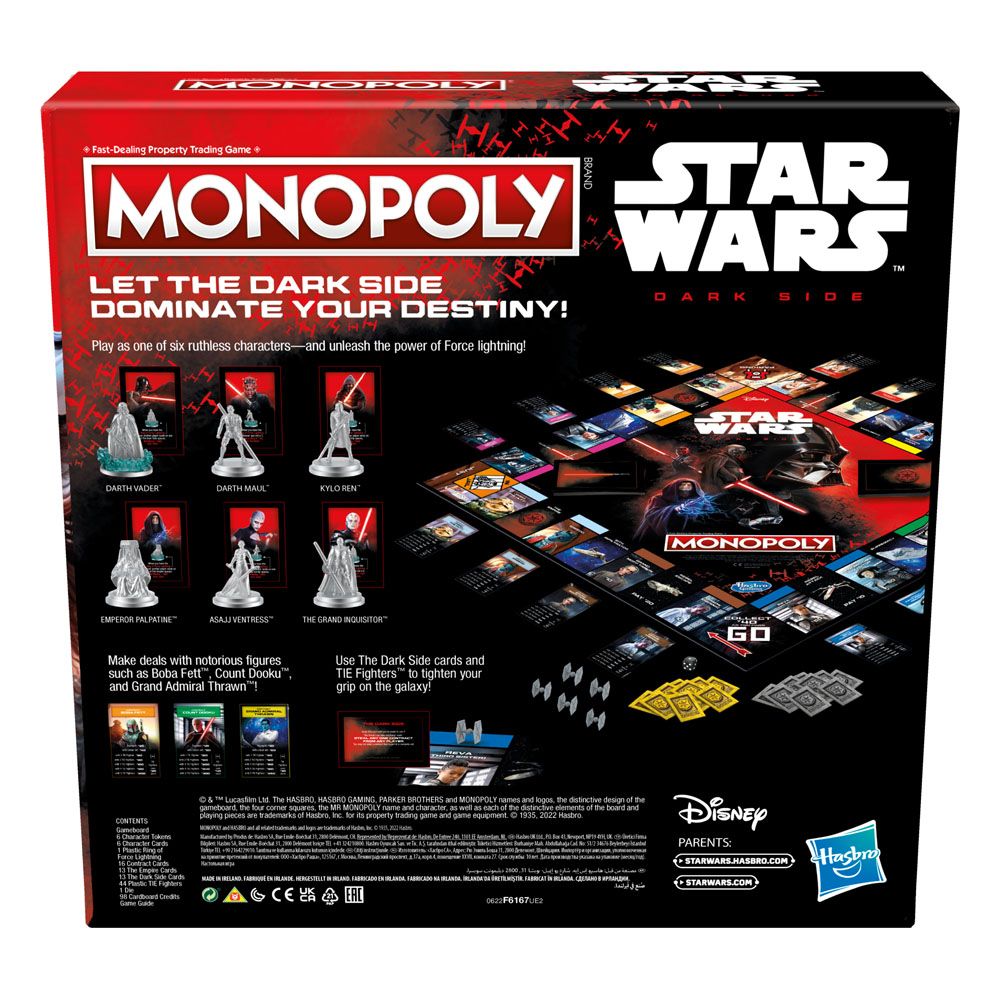 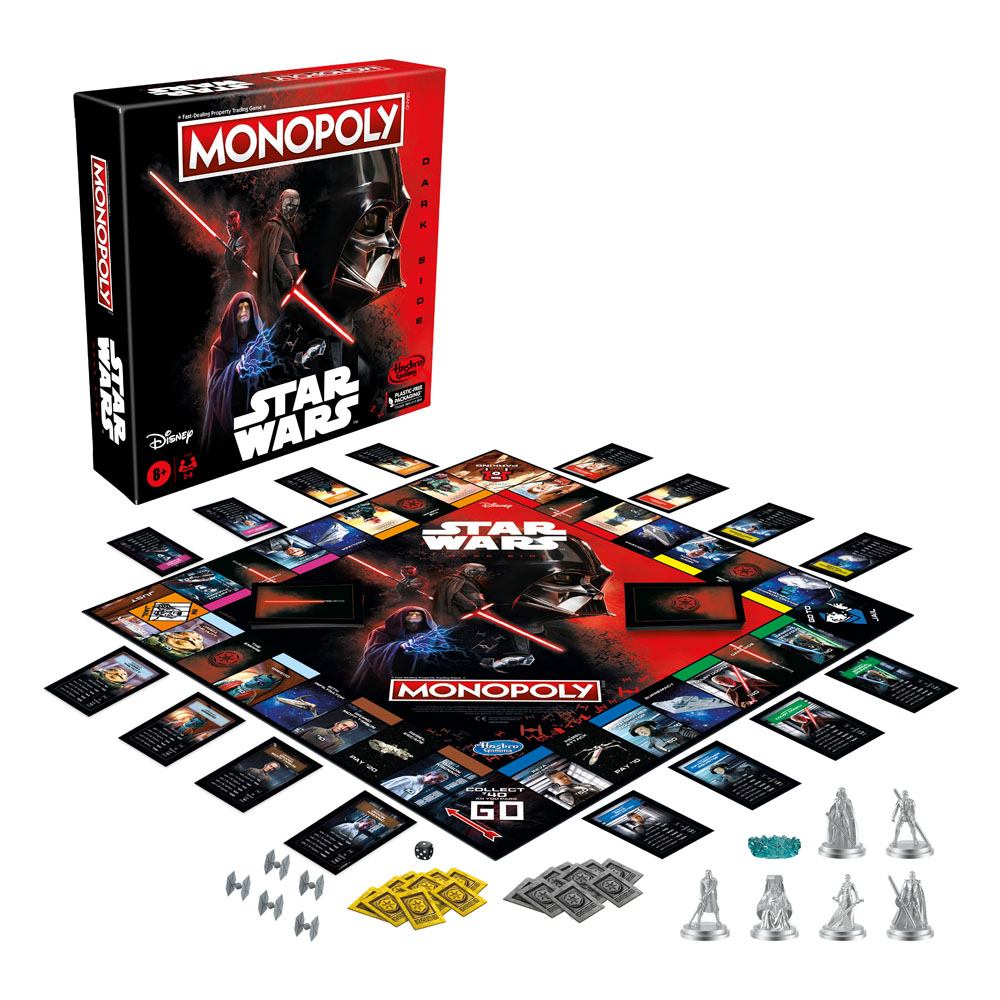 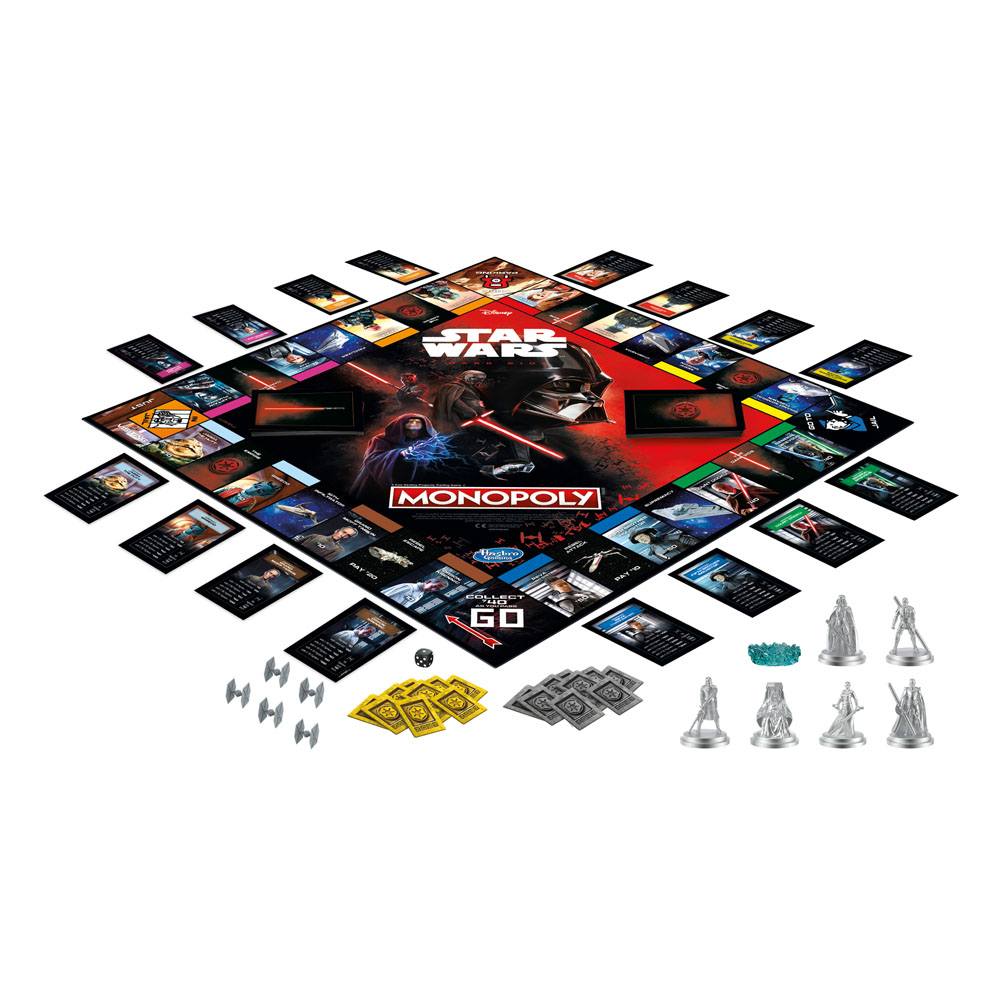 Livrare estimata pentru 20 Dec - 27 Dec
Adauga in cos
Adauga in Wishlist
Descriere: Classic Monopoly gameplay gets a Star Wars twist inspired by the power of the dark side across Star Wars films. In this Monopoly: Disney Star Wars Edition board game for families and kids, players recruit as many infamous villains as they can. The more contracts they have, the more Imperial Credits they can collect. Activate a character's special ability by acquiring the Force Lightning ring, plot against opponents with Dark Side cards, and jump to hyperspace on the board by landing on a Ship space. The last player with Imperial Credits when all other players are bankrupt wins. The game includes 6 zinc Monopoly tokens depicting infamous Star Wars characters: Darth Vader, Kylo Ren, Asaj Ventress, The Emperor, Darth Maul, or the Grand Inquisitor. Looking for board games for kids and families? This Star Wars edition of the Monopoly game is a great choice for family game night. Looking for Star Wars gifts? It's a great kids gift for ages 8 and up.