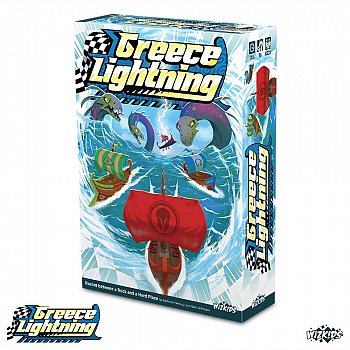 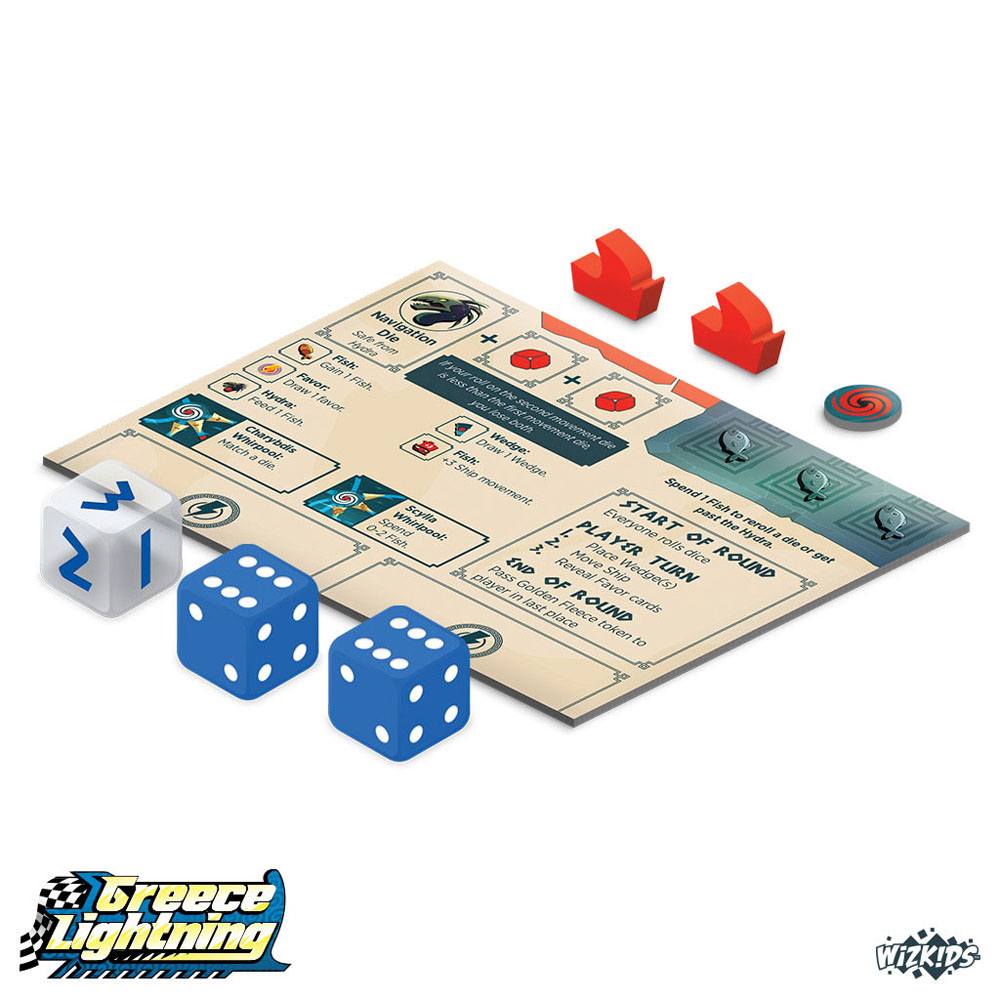 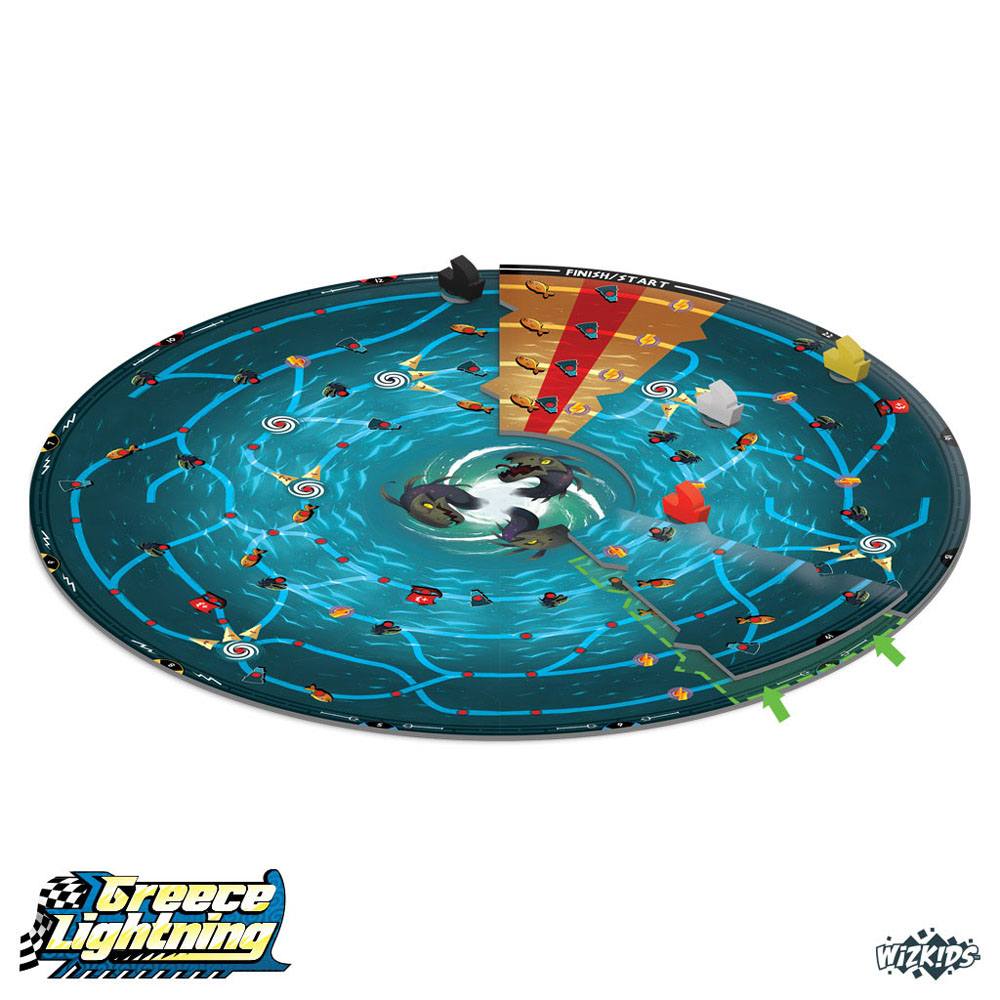 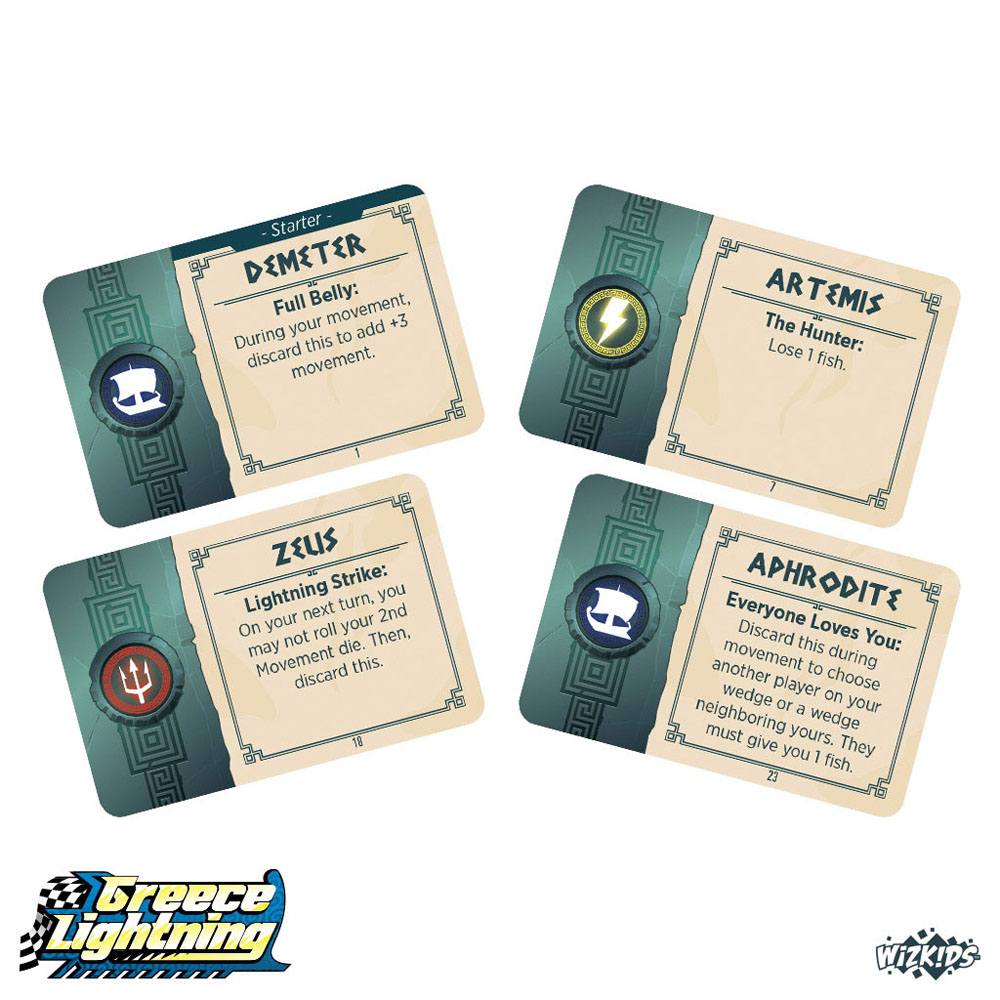 Livrare estimata pentru 04 Jul - 14 Jul
Adauga in cos
Adauga in Wishlist
Descriere: On your mark! Get set! ROW!

You are the Captain of a sleek, speedy trireme, racing in the famous Hydra Regatta. Steer around whirlpools, shifting currents, and fickle gods. Avoid the hungry Hydra and win a place among the stars!

In Greece Lightning, players race around a circular track, trying to be the first to complete two laps. You'll roll two dice to move your boat-but you can risk going faster by rolling a third die. Careful! If you roll lower than your second die, you'll lose them, and only keep your first die!

As you play, the seas shift and transform. You'll pick up Racecourse wedges that you can place anywhere in the circle (except on top of ships, or at the start). Use these to make your path easier, or to place a Hydra directly in your opponents' way! You'll also collect Favor of the Gods cards, granting you powerful abilities. Speed through the course to win the favors of the gods, traverse whirlpools of fate, and collect fish to feed the Hydra.

After two laps around the whirlpool, whoever sailed the furthest wins!

Hold on to your boats!
It's time to move like
Greece Lightning!

*components and art subject to change