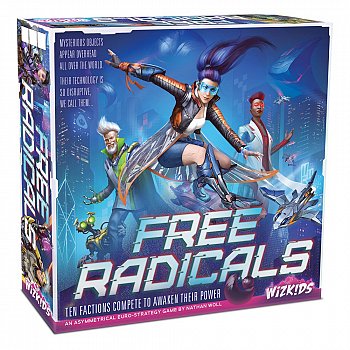 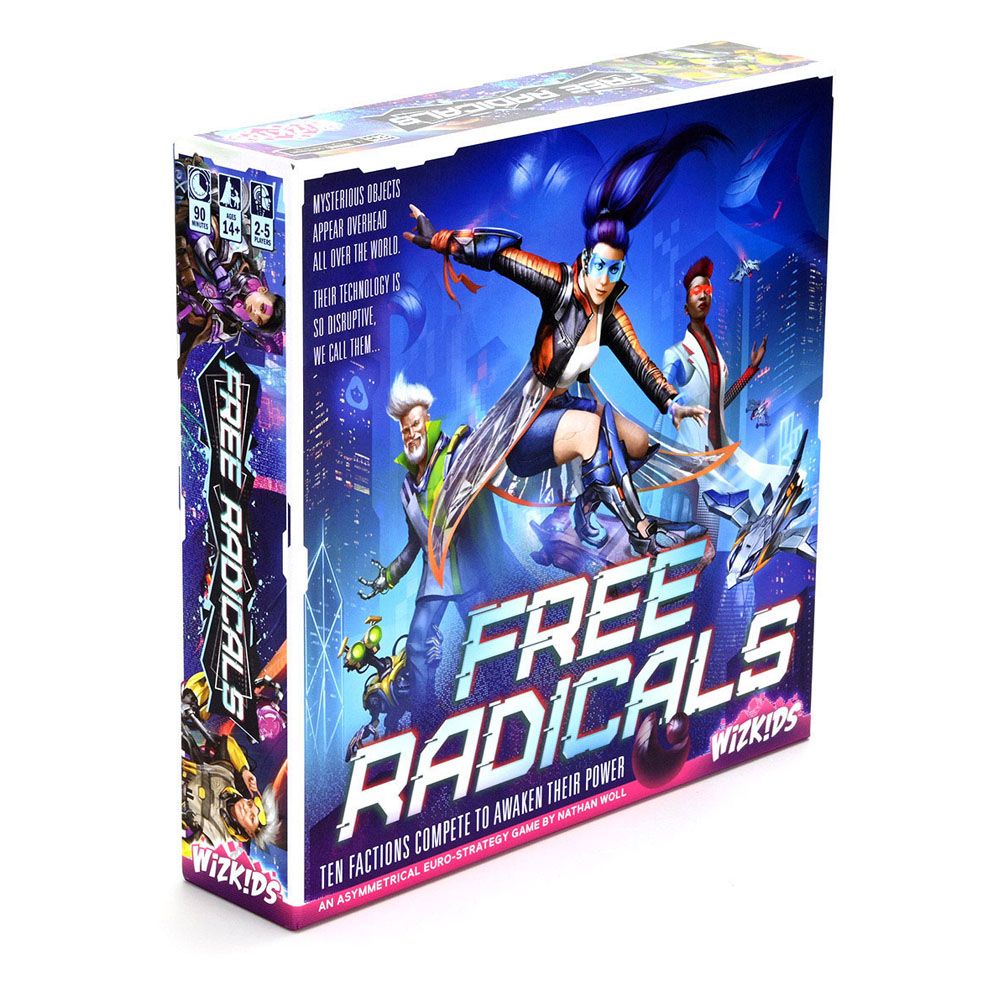 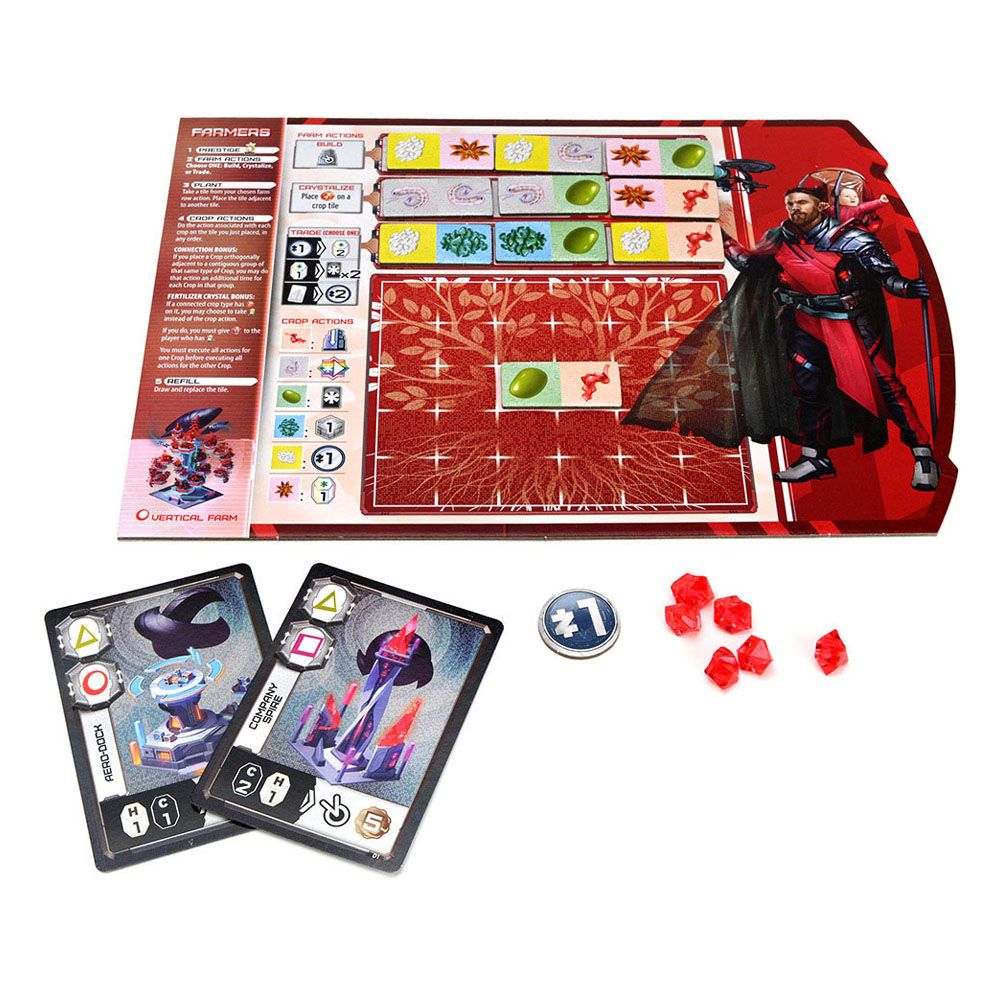 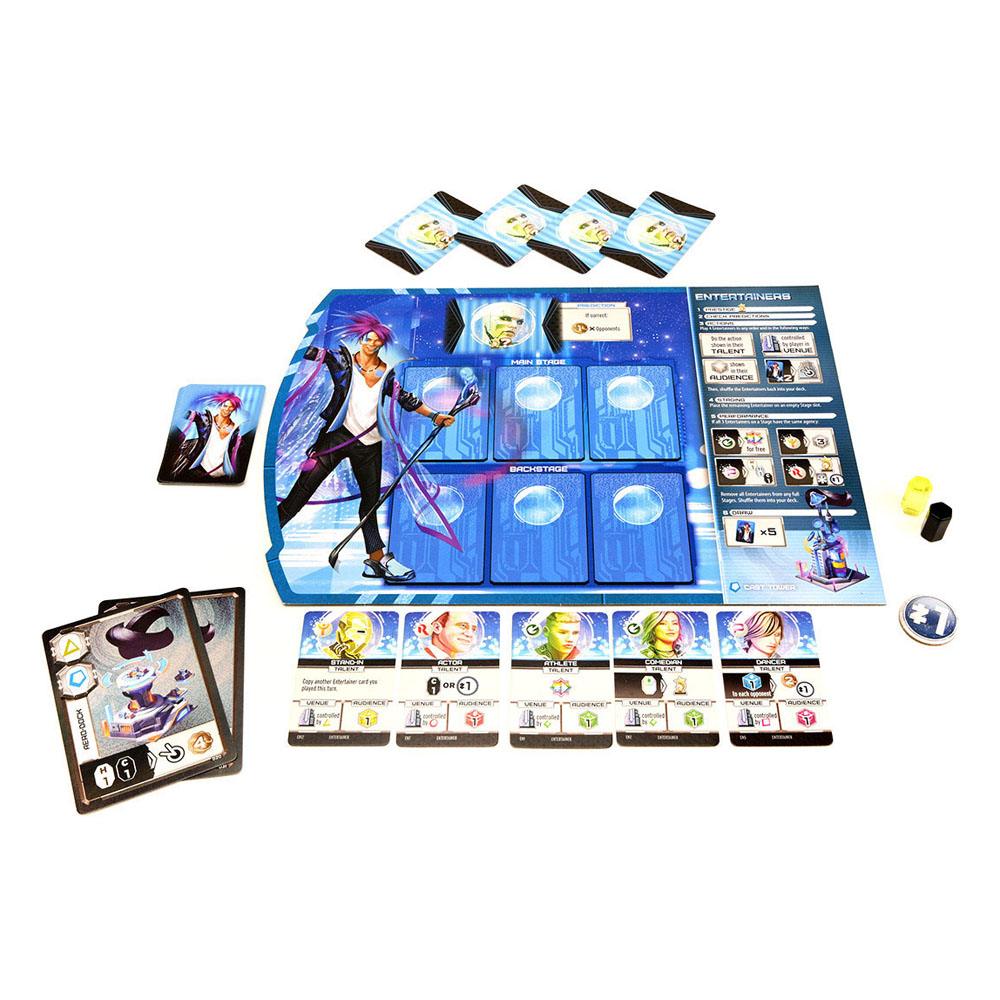 Only a few years after the mysterious, advanced, and powerful Free Radicals appeared around the world, one is on the verge of revealing its secrets-The Sphere. Will your faction unlock its knowledge first?

In Free Radicals, players take control of one of the ten fully asymmetrical factions that make up the interconnected community of Sphere City, a thriving community built underneath The Sphere.

The Sphere has inspired and powered an evolutionary leap in human technology and as their research is about to come to fruition, the factions are competing for influence and knowledge, each hoping to lead society into its next stage. Each faction has its own mechanics, goals, and philosophy, but all make use of the same core data cards, favor system, and Sphere research tracks.

Each faction provides different themes and challenges. They include:

- Farmers - Use domino-style tiles to plant crops in your vertical farm, and feed the city efficiently as possible!
- Couriers - Use your drones to pick up and deliver goods to various locations around the city. Time your deliveries carefully, as values are always changing!
- Artisans - Make technology beautiful! You'll use the Data Cards that the Sphere provides as tools to create intricate Hardlight Constructs!

In addition to your unique goals, you'll be able to help other players with their research into the Sphere, earning favor and other rewards for your trouble., while hopefully not helping them too much!

The faction with the most victory points, through objectives, favor, knowledge, resources, and more, wins the game, leading Sphere City, and humanity at large into its bold new future.