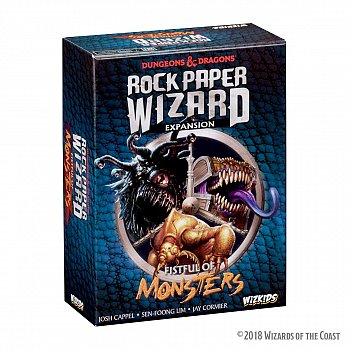 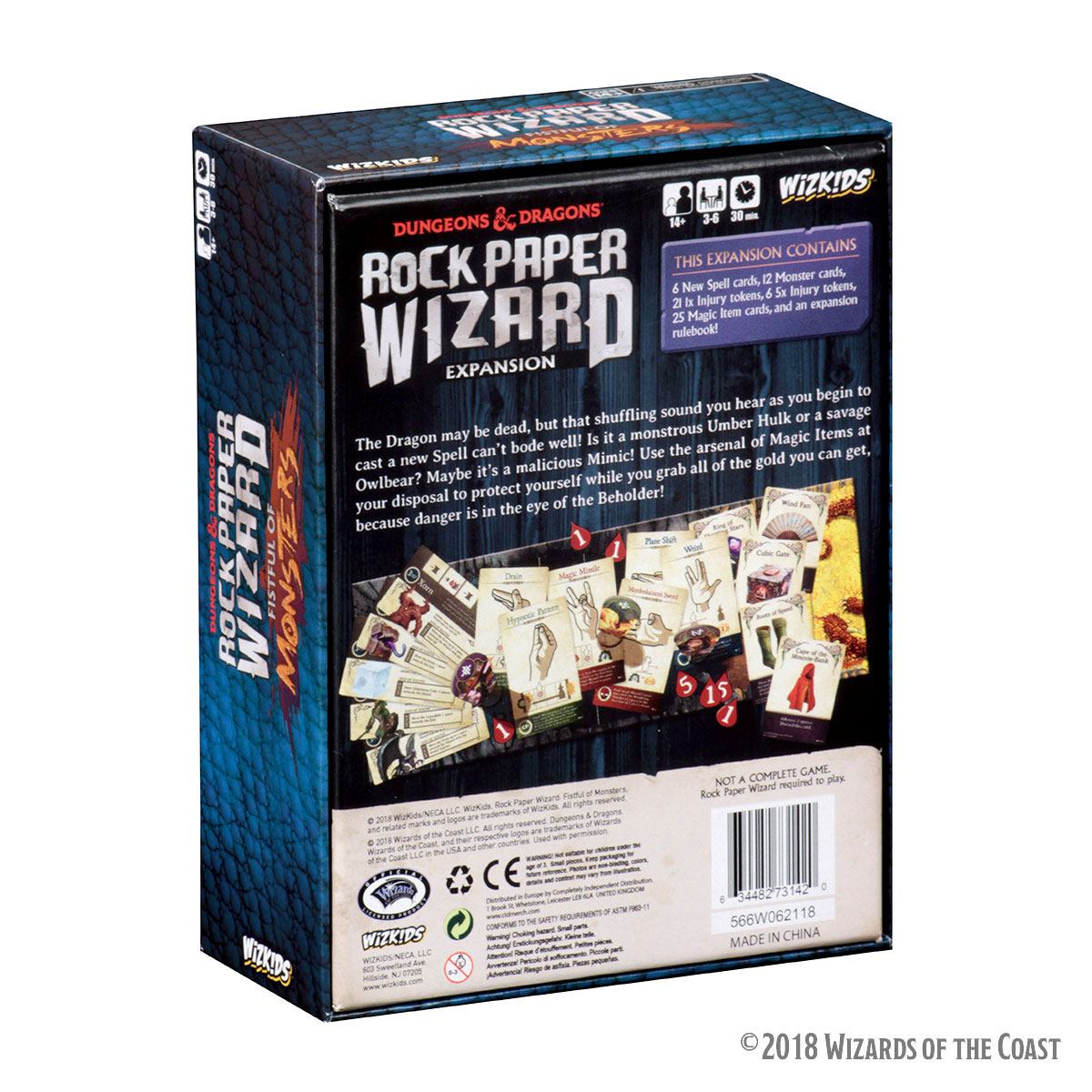 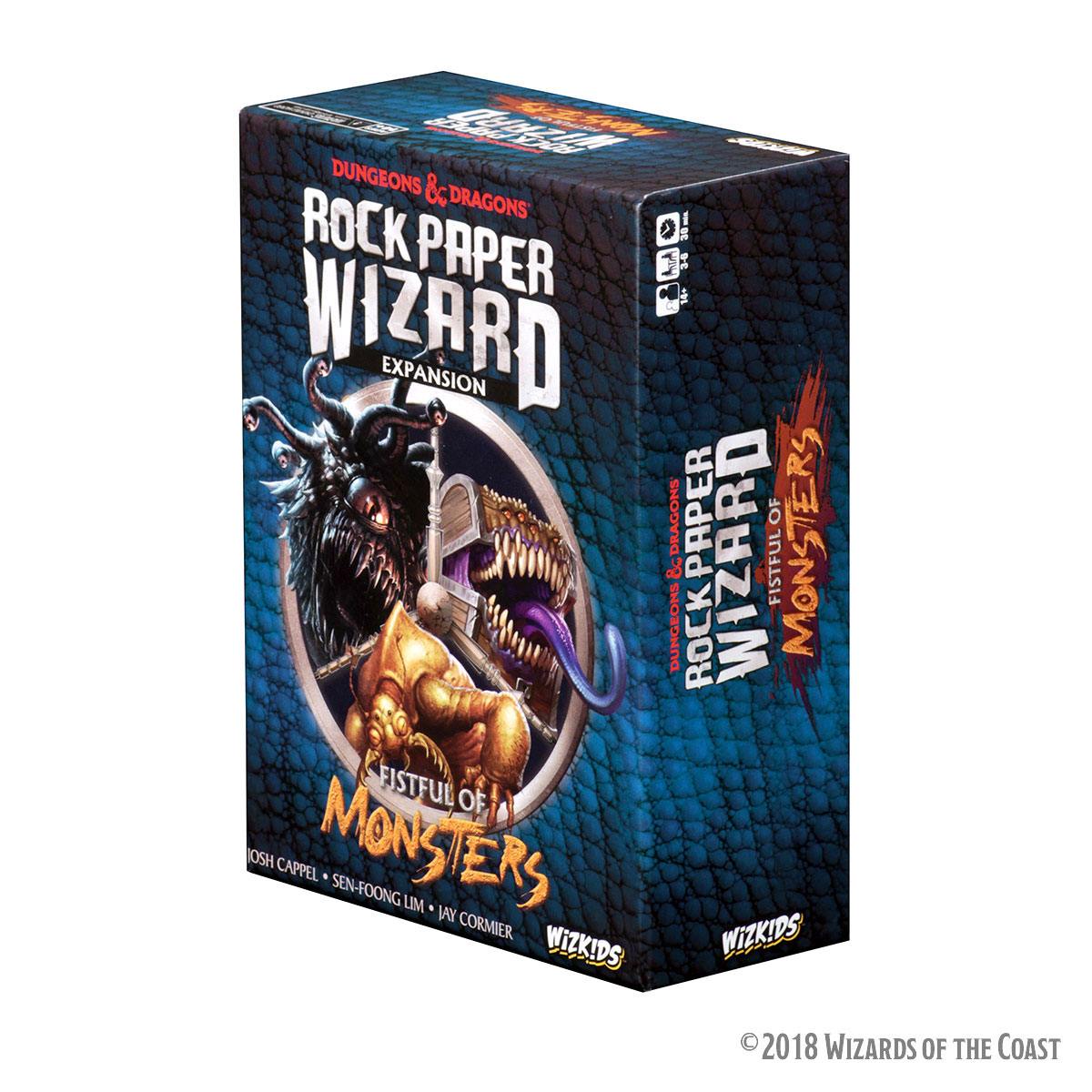 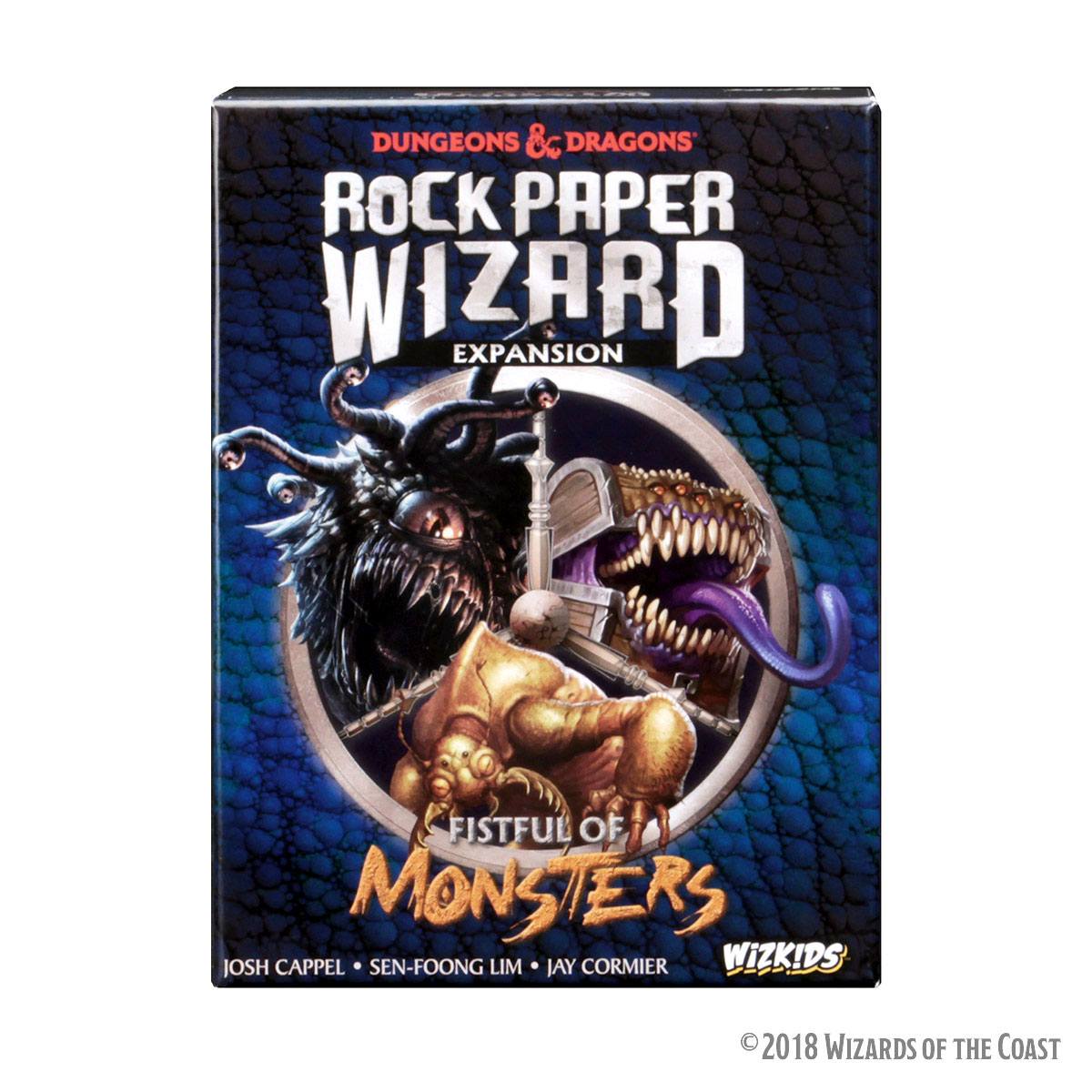 Livrare estimata pentru 06 Feb - 13 Feb
Adauga in cos
Adauga in Wishlist
Descriere: Rock Paper Wizard: Fistful of Monsters is the first expansion for the popular Dungeons & Dragons Rock Paper Wizard game brought to you by award-winning designers Jay Cormier, Josh Cappel, and Sen-Foong Lim. All the original game features you love are there, but now a new threat has entered the mix, the Wandering Monster.

Encounter all your favorite classic D&D creatures, such as Mimics, Umber Hulks, and Beholders. Each Wandering Monster has their own unique ability, capable of forcing a wizard to move around the board, lose gold, or even take an Injury Token. However, Wizards are not totally defenseless. A stack of Magical Items, such as a Ring of Spell Storing and Wand of Fireballs, is located at the entrance to the cave. Use these in combination with spells to avoid the Wandering Monster and move into a scoring position while gaining the fewest Injury tokens. If you don't, you're going to have the pay the Cleric a sack of gold in order heal you!

It's going to take an ounce of cunning, a dash of guile, and a pinch of luck to dodge the Wandering Monster, outwit the other Wizards, and claim the gold from the dragon's hoard! Be the first to collect 25 or more Gold to win the game!