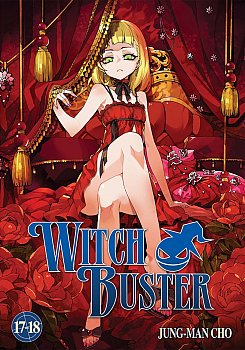 Tasha is clearly no ordinary witch hunter. For one thing, he's male. For another, he has strange connections to some of the most powerful witches in the world, and he has powers that even he doesn't understand.

But who is Tasha, really? Ryuhwan wants answers, and he's willing to barter with Diana, the hunters' surveillance witch, to get them. In this collection, Tasha's mysterious backstory--and his beloved sister Aria's transition into one of the bloodiest witches in history--is finally revealed!