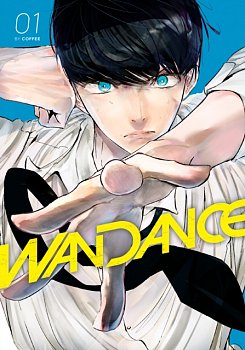 A boy named Kaboku sees a girl named Wanda dance, and suddenly burns with a need to join in. With its thrilling scenes of Japanese hip-hop dance and quirky, charming characters, this is a new, inspirational manga for fans of coming-of-age stories like Blue Period and Your Lie in April. Get up and join the Wandance!Kaboku has always just gone with the flow, marching in step to the drumbeat of the expectations of those around him: parents, school, plans for the future.

It feels predictable, safe, and... empty. But one night, Kaboku's at school late, and he happens on a girl alone, moving wildly, turning a blank space of concrete into a canvas.

This is Hikari Wanda, a member of the hip-hop dance club. Kaboku is immediately smitten, but the road to stepping out of his shell is a long one. The club is almost entirely girls, and they're all, well, way better than him.

What's ahead is unknown, and that's terrifying, but it also means, for the first time in Kaboku's life... a taste of freedom.