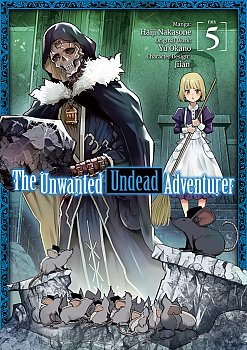 Undead adventurer Rentt Faina manages to survive the poisonous Tarasque Swamp and retrieve the Dragon Blood Blossom for the orphan Alize. Just as he’s about to return, a mysterious stranger approaches him. The man offers him a job on behalf of his mistress, the Latuule matriarch. Rentt accepts the request, and at the behest of Sheila and the adventurer’s guild, he agrees to meet with the elusive head of the Latuule family. However, there’s more to this family than meets the eye. Will meeting one of the oldest and most influential families in Maalt go according to plan, or will Rentt get more than he bargained for?