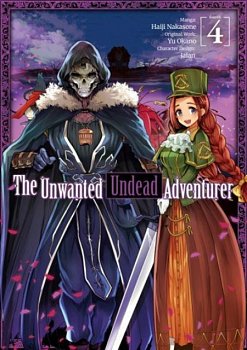 Given a second chance at life, undead adventurer Rentt Faina passes the Bronze-class Ascension Exam for the second time. Sheila's suspicious of him, however, and manages to uncover his true identity. Rentt initially plays dumb, but faced with Sheila's sincerity, he relents and confesses everything to her.

Now that he's a Bronze-class adventurer again, Rentt takes up a special job from an orphanage for a single bronze coin. Along the way, he gains a vampiric servant of the rodent kind. His dangerous and difficult request leads him to the treacherous Tarasque Swamp.

What kind of dangers lie in wait there for our intrepid adventurer?