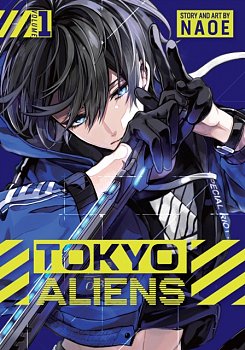 Shiny new high school first-year Akira is as ordinary as they come. He's awkward, has terrible grades, and loves manga. In fact, the only thing that really sets him apart from his peers is his staunch determination to follow in his late father's footsteps as a police officer.

But fate has its own plans for Akira. After witnessing a ferocious battle unfold between two strangers with unusual powers on the train—one of whom looks a lot like the tall, dark, and handsome kid in his grade—he finds himself kidnapped...by none other than an alien!

And as if being thrust into the occasionally violent and always complicated relations between humans and aliens wasn't mind-boggling enough, nothing can prepare Akira for learning the truth about his beloved father...