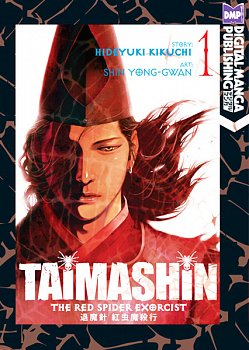 Traveling in-between the world of the living and the twilight world of the dead, Akamushi,the shaman is known as the Red Spider Exorcist. With the powers of a giant spider, he combats the demons of the netherworld.

When career woman Megumi is suddenly pursued and attacked by unholy demons, she seeks Akamushi's help. But as it seems, the minions of the underworld may also be too much for Akamushi to handle.

But why are these creatures of twilight after her? What truths will unravel about her true self and everyone around her? And what of Akamushi—can he use his unique shamanic spider-like powers to cast out and purify himself from the demon scourge?