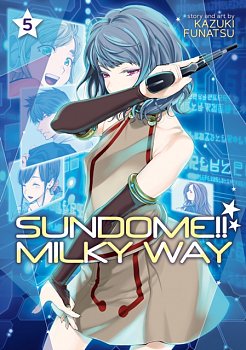 While Yoshitake maintains a relationship with the gorgeous alien Lune, who's on Earth to breed with him and only him, he also now lives with his girlfriend and kouhai, Yuziono Haruka. However, Lune's younger sister Levelane simply cannot allow the savior of her species to be the human trashbag Yoshitake. She sets a trap for him in the form of a honeypot! Will the world's horniest man be able to resist the ever-increasing numbers of wild and ready temptresses?Series Overview:Yoshitake, your average company drone, is out for a drive one night when he spots a UFO and crashes his car.