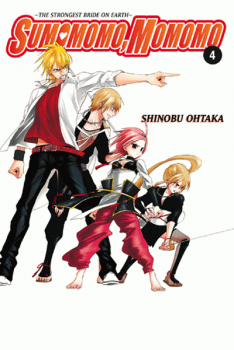 Koushi moves into the Nakajima apartments, his father’s reprimand still ringing in his ears. Though he is less than thrilled with the idea of becoming a martial artist, Koushi realizes he can’t stay indifferent for long. The Koganei clan is already on the prowl, and a well-aimed poison ping-pong ball catches Koushi off guard. As the slow-working poison takes its toll, Koushi despairs. No amount of training can save him now…but perhaps the Strongest Bride on Earth can?