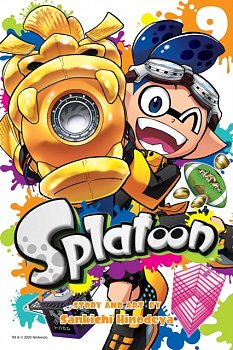 The Turf Wars have started in Inkopolis, and the team that inks the most ground will be crowned the winner! Based on the hit Nintendo games!

You won't believe who has joined Team Blue to fill in for a missing teammate so they can compete in the Square King Ranked Battle Cup! Get ready for a whole new arc featuring some mixed-up new teams! Plus, a bonus story featuring Emperor!