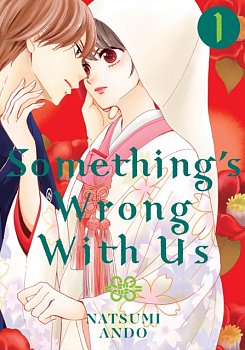 Something's Wrong with Us Vol. 1 (manga)

A spine-chilling and steamy romance between a Japanese sweets maker and the man who framed her mother for murder -- Something's Wrong With Us is the dark, psychological, sexy shojo series readers have been waiting for!

Married to the Enemy

Nao has followed in her mother's footsteps to become a traditional Japanese sweets maker. Even at 21, her skills are unparalleled, landing her a spot at a world-class confectionary company. However, when she meets the young, handsome heir to the company, she recognizes Tsubaki: her first friend, and the same boy who framed her mother for murder over a decade ago. As the only witness to the crime, Nao seizes her chance to get close to him, but instead of finding answers, she falls deeper for Tsubaki's allure...