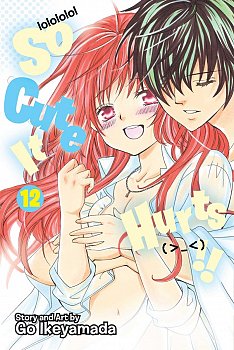 Aoi has started college in Sendai, the place where Megumu’s parents met and got engaged. And while he and Megumu don’t relish a long-distance relationship, they are looking forward to spending time together in such a meaningful place. But romance isn’t the only thing to be found in Sendai—the mother who abandoned Aoi and his sister is living there too!