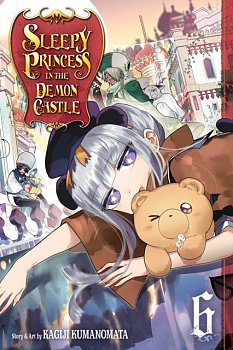 Kidnapped by the Demon King and imprisoned in his castle, Princess Syalis is...bored.

Accompanied by an entourage of demon guards, Princess Syalis takes a field trip to the human world to acquire a special pillow. Then she receives several invitations from her demon captors: First, to replace the cooks who have succumbed to heat exhaustion in the Demon Castle kitchen (somebody needs to make Quilladillo's Monster Bird Egg Custard). Second, to attend a pajama party (despite being woefully ignorant of the concept). And third, to design a new area for the hero to explore (which turns out to be the exact opposite of what the demons had in mind).