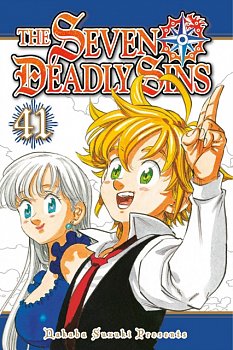 The secret ambition that Merlin has held in her heart since the formation of The Seven Deadly Sins is ﬁnally exposed as she awakens Arthur as the King of Chaos. But the powerful and lonely Sin of Gluttony isn't the only one overjoyed to see the universe's primal entity return, and an even hungrier monster appears to help inaugurate the new age. The Seven Deadly Sins may have put the Demon Lord behind them, but one last deadly foe remains. After facing so many battles, trials, and tribulations together, just what awaits them at the end of their journey?