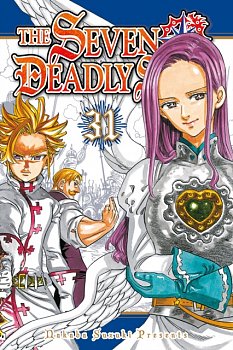 After striking a deal with Meliodas, Zeldris and Estarossa set off in search of The Ten Commandments in order to turn Meliodas into the Demon Lord. Meanwhile, Elizabeth reunites with Merlin and the rest of The Seven Deadly Sins, and The Sins form an alliance with Stigma in hopes of saving Meliodas. But with Meliodas and Elizabeth striving towards the same goal, whose path is the right choice--and who will prove victorious?