Home » Manga » Sacrificial Princess and the King of Beasts 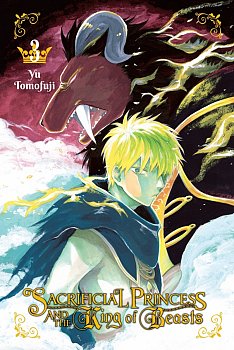 Sacrificial Princess and the King of Beasts Vol. 3 (manga)

Hoping to take vengeance for the murder of his childhood friend Sariphi, the young Ilya infiltrates the royal palace. He's captured, and the King shows him mercy, sparing his life. When Ilya learns that Sariphi herself is still very much alive, he demands her return. Sariphi refuses, only to be kidnapped by Ilya, who intends to bring her back to human territory. The King is then confronted with a dilemma: If he truly wishes for Sariphi's happiness, is it kinder to pursue her...or to let her be returned to her own people?