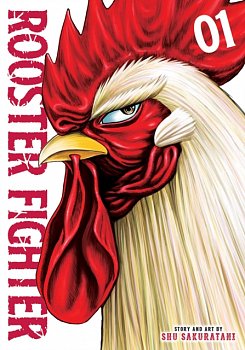 Giant demonic monsters wreak havoc and level Japanese cities! While the citizens flee in terror, it’s up to one brave rooster to stand his ground!

In a world where terrifying monsters walk the earth, one heroic rooster is destined for greatness. When giant demons threaten the innocent, he’s going to show them who’s boss!

The neighborhood cock of the walk is more than just an ordinary rooster - he’s humanity’s greatest defender! His opponents may be ten stories tall, but nothing is bigger than his stout heart and his fearsome, earth-shattering cry - cock-a-doodle-do!