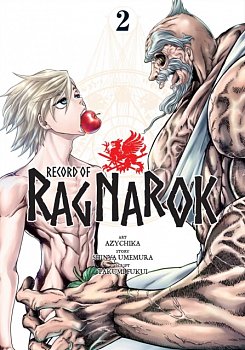 Humanity's greatest heroes battle the gods for the survival of the human race!Once every millennium, the gods assemble to decide if humanity is worthy of its continued existence or if it should be destroyed! When the verdict is destruction, the final battle between the gods and mortal heroes will decide the survival or extinction of the human race-a battle known as Ragnarok!The initial expectation of an easy first win for the gods in the Valhalla Arena is shattered as the human hero Lu Bu (with some help from Brunhilde on the sly) proves to be a match for the mighty Thor. But can Lu Bu stand up to the thunder god's most powerful attack? With the tournament going into its second round, a surprise fighter for the gods decides to step into the ring. His human opponent? None other than the first man himself-Adam!