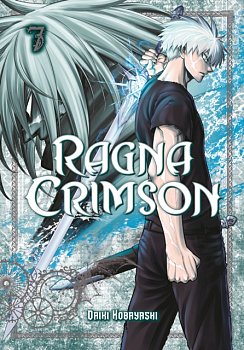 As the battle against the dragon horde rages on, Ragna rallies from the edge of defeat and awakens an immense new power that had been lying dormant within him. Meanwhile, as Fu and his team of thaumaturges protect the magic teleportation circle at the center of the base, Crimson hatches a tactically brilliant plan and plunges the battlefield into chaos!