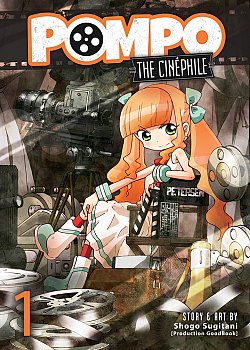 Gene Fini is a nervous, but devoted film fanatic working in the movie capital of Nyallywood, running errands for the baby-faced movie producer Joelle Davidovich Pompo Pomponette. When Pompo starts working on a new project, she gives Gene the opportunity of a lifetime. Can he prove that his passion for watching movies is matched only by his talent for filming them? Or will Gene's dreams of cinematic greatness wither, as he spends the rest of his life making coffee runs instead of a movie?