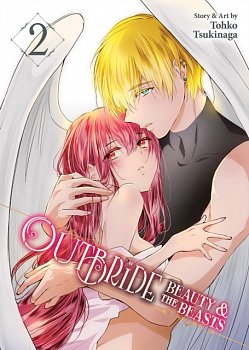 When Mashiro awakens in a distant and confusing future, she's faced with a new reality where humans no longer exist. While she grieves her lost family, friends, and old life, she is also faced with four pushy and impatient non-human suitors. Despite her hardships, Mashiro still wishes to live, but as this new world isn't conducive to human life, she's going to have to rely on her intimidating male caretakers.

Because without saliva - or other fluids - contributed by her celestial paramours, her life on this earth will be cut short!Series Overview: In this isekai romance, a young woman named Mashiro is reborn in a fantasy world inhabited only by men--and suddenly finds herself with four supernatural suitors! These handsome men with fur, feathers, and horns call themselves gods. She's now the sole human female in their world, so they all want her to bear their children. As if that's not enough, the air of this new realm is permeated with a poison that only a god can suppress...with a kiss.