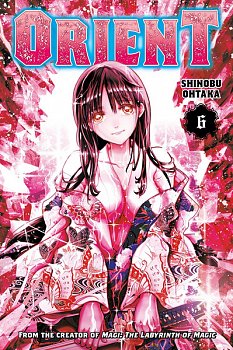 The Green Demon God, among the ﬁve strongest in the Land of the Setting Sun, has made Awaji Island its nest. The captain of the Uesugi Band of Samurai has gathered his allies to launch a large-scale attack. Lucky for them, Musashi and his friends arrive at his base in Harima. Now they must take part in the battle to reclaim Awaji Island while competing with other Bands of Samurai to obtain the Union under Heaven!