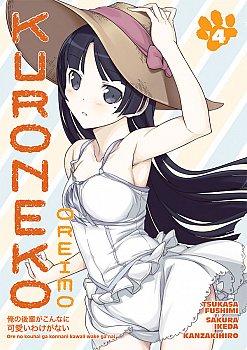 It’s summer in Japan, and Kirino is back, which can mean only one thing . . . everyone’s second trip together to Comike, the world’s largest fan convention. Kuroneko’s got a stack of her doujinshi (self-published comics) to sell, but who should they all bump into there but the lovely, talented male model Kouki Mikagami . . . who’s been in a photo shoot with Kirino . . . ?