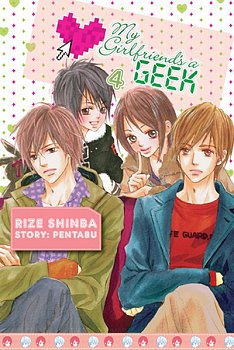 My Girlfriend's a Geek Vol. 4 (manga)

Last time, Yuiko proudly declared to Taiga that she’d picked up a “girlfriend” for herself! Thankfully (?), it turned out to be none other than Kouji’s cosplay-loving little sister, Akari. But lately, with Taiga putting some distance between himself and his girlfriend as he tries to buckle down and study hard to get into the academic department of his choice, Yuiko starts getting suspicious that Taiga might have found a little piece of his own on the side! To make matters worse, his attempts at keeping the part-time schoolboy-tutoring gig a secret form Yuiko have only served to stoke the fires of her doubt!! After all is said and done, will Taiga even have a girlfriend to spend his hard-earned money on?!