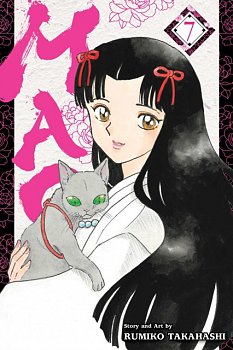 Exorcise your destiny in an era-spanning supernatural adventure from manga legend Rumiko Takahashi!When Nanoka is transported back in time to a supernatural early 20th century, she gets recruited by aloof exorcist Mao. What thread of fate connects them? Together, they seek answers...and kick some demon butt along the way!Ancient relationships and rivalries of the Goko clan continue to wreak havoc in the Taisho era while Mao and Nanoka pursue a mysterious doctor who violates the modern directive to "first do no harm." The story of how Mao came to apprentice at the Goko dojo is revealed, as is a surprising secret about his former best friend and senior apprentice Daigo. Back in the nineteenth century, our friends finally discover thelocation of Shiranui's lair...and a long-lost love!