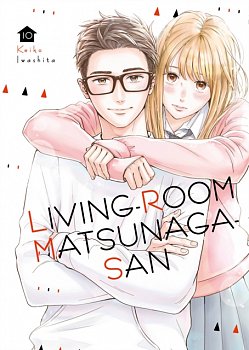 Matsunaga-san may have moved out of the boarding house, but instead of dwelling on the fact that they’re no longer living together, Meeko’s looking forward to what’s in store for their future. Although the two have decided to hold off on becoming a couple until after Meeko’s high school graduation, just knowing Matsunaga-san cares for her puts Meeko’s mind at ease. And after she’s gifted a spare key to his apartment, Meeko couldn’t be happier! But even more new changes are awaiting the boarding house residents—such as new faces, new relationships, and lingering feelings. Through it all, Meeko wants to make sure Matsunaga-san is just as present in her life, but when Matsunaga-san’s job becomes busier than ever, what’ll it mean for their relationship…?