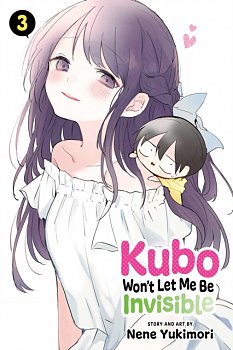 A social butterfly makes friends with a wallflower-whether he's ready or not!Junta Shiraishi blends into the background so much that even his classmates fail to spot him. His goal is to make the most of his high school years, but that pesky invisibility gets in the way...until Nagisa Kubo notices him! Kubo's playful teasing kicks Shiraishi out of his comfort zone and begins a friendship-or maybe something more?Shiraishi and Kubo take new steps in their relationship as they near their second year of high school. From helping out when the other is sick to sharing an umbrella, they rely on each other more every day.

But then an incident with Akina during the gang's cherry-blossom outing threatens to create a rift between the pair!