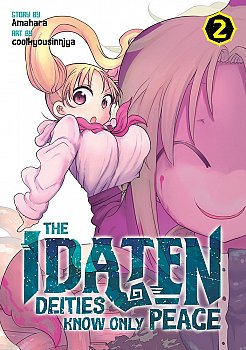 The hidden truth behind the aggressive Zoble Empire comes to light: behind its human army, a tribe of disguised demons plot world conquest! The sinister Dr. Obami urges the demons to strike against the Idaten while the gods are still complacent. But they had not considered Rin, the oldest and most powerful of the Idaten, who remembers the last war with the demons all too well!