Home » Manga » How NOT to Summon a Demon Lord 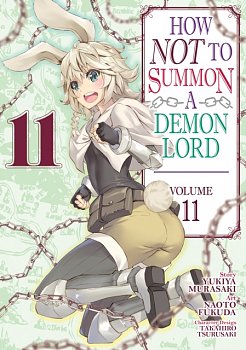 In Zircon Tower, Diablo and his companions have hit rock bottom. Batutta-the Paladin captain behind the frontier city's deadly outbreak of Marked Death Disease-has captured Rem and Lumachina, and plans to use them for his nefarious scheme. But when Diablo ventures underground to save them, Batutta deals a debilitating blow to his left arm. Severely wounded, and unable to use his most powerful magic, has Diablo finally met his match?