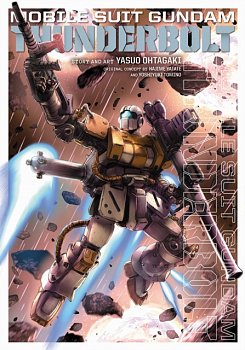 An epic story of war and survival set in the legendary Gundam universe!In the Universal Century year 0079, the space colony known as Side 3 proclaims independence as the Principality of Zeon and declares war on the Earth Federation. One year later, they are locked in a fierce battle for the Thunderbolt Sector, an area of space scarred by the wreckage of destroyed colonies. The refugees from the Nanyang Alliance have slipped through the Earth Federation's orbital blockade and arrived at Side 6, a neutral colony.

Side 6's conditions for accepting the refugees are strict-the Alliance refugees will have to disarm, leaving themselves defenseless. When an incoming Earth Federation patrol bent on hunting down the refugees kicks off a fierce battle near the colony, the Nanyang fleet begins a risky operation to reach safety. The battle rages as Side 6 struggles to maintain their neutrality in the face of a savage conflict that threatens to engulf them all.