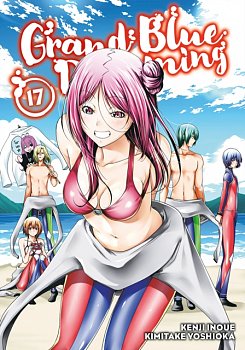 The hit comedy manga comes to print by popular demand! Swimsuits! Ramen! Dumb jokes! Beer! Uncomfortable nudity!SAKURAKO STRIKESBelieving that Iori has hit it rich after winning the lottery, Sakurako seizes her chance to pounce. Aina then launches her own desperate defense as friends from both sides join the fray. With Sakurako glued to Iori's side, the Okinawa nights quickly reach a fever pitch.

Who will emerge victorious in the war for the fickle Iori's affection?