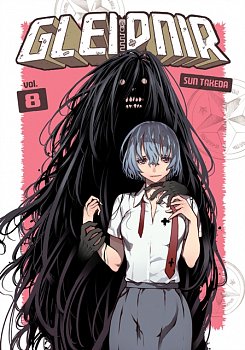 Dark, disturbing, and sexy, this sci-fi action manga that inspired the new anime stars a dominating teenage girl searching for a sister who became a monster, and a submissive boy with the strange power to turn into a ragged but powerful beast, with a zipper down his back and a compartment on the inside just big enough to hold a human body.

After their run-in with Kaito, Shuichi and Claire decide they need answers and try to lure Elena out of hiding. While the plan succeeds, can the two be certain they'll like what they discover? The pair have faced death many times in their quest for Shuichi's memories, but the dark truth of the coin-hunting game and the destruction it spawned may prove to be beyond anyone's control. Shuichi and Claire now stand on a precipice from which there is no turning back. All that remains is to push forward into the inescapable abyss. Just ask Yoshioka...